You are here: Home / Careers / The 4 Most Important Project Management Principles 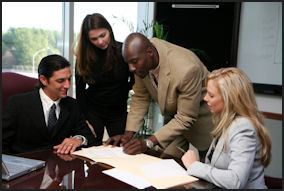 When people manage a project there are certain truths and tenants they have to adhere to. Properly followed, these can create a really positive environment where progress can be made and a team can come together to accomplish. Ignoring these principals, on the other hand, can lead to a lot of problems on any project, up to and including its failure. It’s why a good project manager will pay attention to the following guiding principles.

1. Projects Have Beginnings and Ends

This seems obvious, but it’s something that gets overlooked a great deal. Projects have a certain shelf life, because they need to be begun and completed on a certain time table. No one’s career will be centered around a single project (so get good at being efficient), and that fact has to be put in perspective by all team members.

When starting a project it’s important for a manager to lay out what the project is trying to achieve. For instance, say that a company assembles a team to create an Excel template to show quarterly earnings in a simple, straightforward manner.

However, it might be important to know that this spreadsheet is meant to only be a template for displaying earnings. In this case it would not have to be filled out; that would be the responsibility of another department. It’s important to know the limits, so that the project doesn’t waste time on things it doesn’t need to answer.

When someone is managing a project, he or she has to manage the team members working on the project as well. Who gets assigned what duties should be a combination of two things; interest and ability. A team member should never be assigned to complete a task that he or she is incapable of fulfilling, so a team leader needs to know what the team can and can’t do.

However, a good team leader will also know what the interests of his or her team is. This allows people to be matched not just to positions they’re capable of working in, but to the positions where their interests and desires lie. Even people who might not be as competent can make up for some lacks with determination and desire.

4. Only You Make Decisions 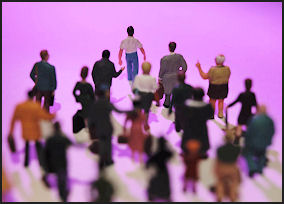 Off into a sea of endless purple we go – where it stops, nobody but the cameraman knows.

There is a tendency, especially on teams that are very friendly, to try and make decisions that everyone is happy with. However, when there is a team in a situation like this there is only one person whose opinion matters and that is the team leader. Even if the rest of the team wants to do things a certain way, the team lead can simply tell them no.

Sometimes that’s required to get the best results. While a team lead should endeavor to do what is best by his or her team, the first priority is getting the project done as quickly and efficiently as possible. All personal concerns are, for the most part, set aside for that.

Hurry – There Are Projects to Manage

Look around and you’ll begin to see that the most effective project managers have guiding principles that make them champions of schedule, application, delegation, and strategy. A well formed leader will eventually turn any project, no matter the quality or complexity, into a deliverable to brag to the CEO about.